With influencer marketing exploding each and every year, many of us have wondered if an implosion trend was inevitable.

Would influencer marketing start getting a big yawn from consumers? How many figures can an amateur dog with an Instagram profile actually bring in each year?

Now, we see that the anticipated implosion was not really destined to be an implosion after all, but a trend that simply gave birth to a more refined, more sophisticated version of influencer, called the “micro- influencer.”

Who are these micro-influencers and should you partner with them?

The Definition of a Micro-Influencer

If you ask five experts to define a micro-influencer, you’ll likely get five different answers.

For instance, Barrett Wissman, Contributor at Forbes states that a micro influencer is someone “who has anywhere between 10,000 and 500,000 followers on social media channels.”

However, marketing guru, Neil Patel suggests that micro-influencers “have intensely engaged audiences, yet a relatively low (below 25k) follower count.”

Still others suggest that a micro-influencer is someone who has under 10k followers.

What everyone seems to agree on is that a micro-influencer should have high engagement rates relative to their low follower count. Sorry, Chip and Joanna Gaines and Kim Kardashian. Here’s where you don’t make the cut.

When it comes to the pet industry, micro-influencers can, without a doubt, be the secret weapon for any brand wishing to reach pet parents.

Let’s talk about why.

5 Big Reasons to Use Micro-Influencers

1. Pet Parents Trust Their Friends (i.g. Micro-Influencers) and Family More Than Everyone Else Except Google 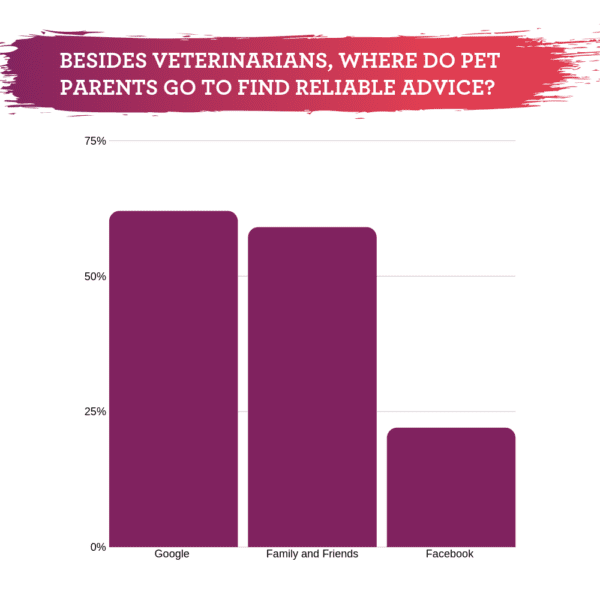 How much time and money do you spend trying to rank on Google? And yet, it’s clear that influencing consumers through trusted sources is just as important.

Micro-influencers have a unique reach in that they tend to view their audiences as extended family and friends. They interact with them, and their followers trust what they have to say.

Micro-influencers haven’t reached a level where they demand big bucks just to give your brand a shout out. Rather, they typically look to partner with brands and products that they already use.

This type of partnership creates an authenticity that you can’t get with just any influencer.

3. Micro-Influencers Know How to Work with Brands

There’s a fine line between getting stuck in big corporate nonsense and needing to explain every detail to a newbie. That’s where the very best micro-influencers shine.

These influencers understand the needs of the brand, have pre-defined and customizable programs and know how to create a message that will make both the sponsor and the follower happy.

Typically there’s no need to talk to the influencer’s “people.” In most cases, micro-influencers communicate directly with the brand through their approved channels.

4. Micro-Influencers are Naturals at Sales Conversions

So how do you know if this influencer will go to bat for you? One way is to simply look at their online dialogue. How do they interact with their followers?

You can also ask for examples of private messages where their followers ask for recommendations.

I frequently receive messages from my followers asking which food/litter/toys I recommend. Some people are just more comfortable in a private forum where they can explain their pet’s unique needs.

5. Micro-Influencers are Invested in Your Success

Unlike celebrities who have multiple six and seven-figure income streams, micro-influencers in the pet industry need you to succeed so that they can succeed!

Plus, an influencer that already uses your product will want to nurture the partnership in order to present a consistent message to their audience. They know that it’s far better to promote a handful of brands and products they truly believe in, rather than hawk a different product every week.

Are Micro-Influencers the Next Big Thing?

I wouldn’t say they’re the next big thing. I say they ARE the big thing! If you haven’t jumped on the micro-influencer bandwagon yet, it’s time.

You’ll be pleasantly surprised how a micro-partnership will grow into a big win for your brand.

Kristen Levine is a nationally acclaimed pet expert and influencer with over 30 years of experience in the industry. She's helped millions of pet parents provide the best care at every stage of their pet’s life.

Her early work with the SPCA led her to a lifelong career in the pet industry, advocating for pet adoption and rescue as well as for pets and their parents here on her blog and in the media.

Insanely passionate about pets since she was a little girl, Kristen has had more than 30 pets in her lifetime — including dogs, cats, goats, donkeys, a horse, a gerbil, mice, and chickens!

Today she lives in Florida with her dog Tulip, cat Olivia, and husband Paul.

How to Create a Simple Multichannel Marketing Strategy